From 23 March 2023 the EU Regulation on a pilot regime for market infrastructures based on distributed ledger technology (DLT Pilot Regime) will be applicable, opening the door to the trading and settlement of ‘tokenized’ securities.

Alessandra Vapino (DLT Talent) had the pleasure to discuss the DLT Pilot Regime and its legal implications with Dr. Anna Izzo-Wagner. Dr. Izzo-Wagner is one of the founding partners of Annerton Rechtsanwaltsgesellschaft mbH, an independent law firm specializing in financial regulation. She is a renowned expert in banking supervision and investment law and has extensive experience in advising banks, financial services institutions, and FinTech companies in regulatory matters. In addition to that, she specializes in digitization projects for financial institutions.

A.V.: What do you think of the legislative proposal for a pilot regime for infrastructures based on DLT?

A.I.W.: The DLT Regime will create an initially temporary (six years) supervisory framework for investment firms, market operators and central securities depositories that wish to trade tokenized assets as defined by Directive 2014/65/EU on Markets in Financial Instruments Directive (MiFID II) on regulated markets. The European legislator wants to facilitate access to the DLT Pilot Regime not only to incumbents but also to new entrants. Therefore, an entity that is not authorized under MiFID II or under Regulation (EU) No. 909/2014 on improving securities settlement in the European Union and on Centralised Securities Depositaries (CSDR) or will be given the opportunity to apply for authorization under these regulations and, at the same time, also for specific permission under the DLT Pilot Regime.

This aims at enabling operators to develop solutions for trading and settling transactions in crypto-assets classified as financial instruments without having to comply with the strict requirements of the current applicable legislation.

Fundamentally, the DLT regime is an opportunity for relevant market participants to operate within a DLT-based market infrastructure. Both existing and new players can benefit from this test environment and operate in a secure regulatory environment over a six-year period. To what extent this opportunity will be seized remains to be seen. The experience gained during this 6-year period is to be used to identify practical proposals for a suitable legal framework. In my view, although overdue, the initiative taken by the European legislator with the introduction of the DLT regime is positive and represents a step in the right direction toward the proper regulation of blockchain technology at the EU level.

A.V.: On paper, the DLT pilot regime is expected to open up opportunities for new market actors in the trading and post-trading industry. Do you think that this expectation is realistic? How much do you think the industry will be affected/impacted by the DLT Pilot Regime and the opportunities that it brings about?

By allowing smaller and new players to become active in the field of DLT market infrastructure, the DLT Pilot Regime set an expectation that a wider range of players will be represented in this field in the future.

We at Annerton have already been contacted by clients who are planning to apply for such permission. It will be particularly exciting to see how many market players will take advantage of the opportunities that the DLT Pilot Regime offers, and whether a consensus will quickly emerge with regard to the preferable technology.

In terms of the positive consequences that the DLT Pilot Regime will bring, I think it's safe to say that the DLT market infrastructures will increase trading and settlement efficiency, resulting in lower costs and faster settlement.

A.I.W.: As already mentioned, with the DLT Pilot Regime regulation, the legislator has created a test environment through which initial access to the DLT market infrastructure is possible. It is therefore understandable, and even welcomed, that the scope of application is limited in time and also determined on the basis of threshold values. In this way, the legislator has created a fixed, secure regulatory legal framework. An infinite extension of this test environment would not have been expedient in this context and would have been rather detrimental to the purpose of this test environment. Above all, this also ensures that the market participants are not too far apart regarding asset classes and market sizes. This gives smaller market participants opportunities to assert themselves alongside large players. The limitation of the total market value of financial instruments already makes great sense for reasons of financial stability. Without such a limit, there would be an unlimited number of exceptions that could shock the financial market. The selected financial instruments to which the application of the DLT Pilot Regime has been limited are those that fall under the execution-only exemption under MiFID II. The background to this limitation is that Centralised Securities Depositaries reporting only applies to financial instruments covered by MiFID II. In my opinion, the limitations imposed by the DLT Pilot Regime and its scope of application are appropriate.

A.I.W.: In general, operators of the DLT market infrastructure shall specify in their legal terms and conditions, in addition to the applicable law, any pre-litigation dispute resolution procedures, and insolvency protection measures pursuant to Directive 98/26/EC on settlement finality (SFD), as well as the competent court. Thus, reference is made in principle to Directive 98/26 EC and the insolvency protection measures enshrined therein. However, for a DLT Settlement System (DLT-SS) that is not designated and notified as a securities settlement system under SFD, the CSD operating that very DLT-SS shall propose compensatory measures to mitigate the risks arising from insolvency. In cases where the SFD is therefore not directly applicable, comparable measures must nevertheless be taken with regard to the risk of insolvency. In this respect, the directive has been sufficiently incorporated into the DLT Pilot Regime.

With regard to the security of transactions, a distinction must be made between the insolvency risk for consumers and the security of transactions in technical terms. Although the legislator has opted for a technology-neutral solution, fundamental aspects must be taken into account with regard to the technology chosen by the players. These include, among others, investor protection, which the legislator has established as a principle also within the respective rules for DLT multilateral trading facilities (DLT MTFs), DLT settlement systems (DLT SSs), and DLT trading and settlement systems (DLT TSSs). As a result, the transactions are safe enough, in theory. Still, here, too, the brand development remains to be seen – the deficiencies that will emerge during the test period, if any, are then to be remedied with the subsequent legal acts.

In addition to the main features of the DLT Pilot Regime, that Dr. Izzo-Wagner conveyed very clearly and exhaustively, I believe there are at least two other aspects of the regulation that might require attention: (i) interoperability between traditional and DLT market infrastructures, and (ii) access to central bank money for settlement purpose.

At Web3 Talents we believe that education is the pathway to a successful career. Therefore, we have designed four free 18-week mentorship programs specializing in various Web3 topics. With DLT Talents, DeFi Talents, NFT Talents and Bitcoin Talents we aim to educate a cohort of Talents in the respective topic and help them kick-start their career to become entrepreneurs, technologists, founders, regulators and investors in the respective Web3 industries.

Our track record so far speaks for itself: By now, more than 5000 people have applied for our Talents programs; of these, we have mentored more than 1000 from 2020 to 2022. Following the completion of our program, many of our Talents have successfully entered Web3 industries and founded businesses of their own. 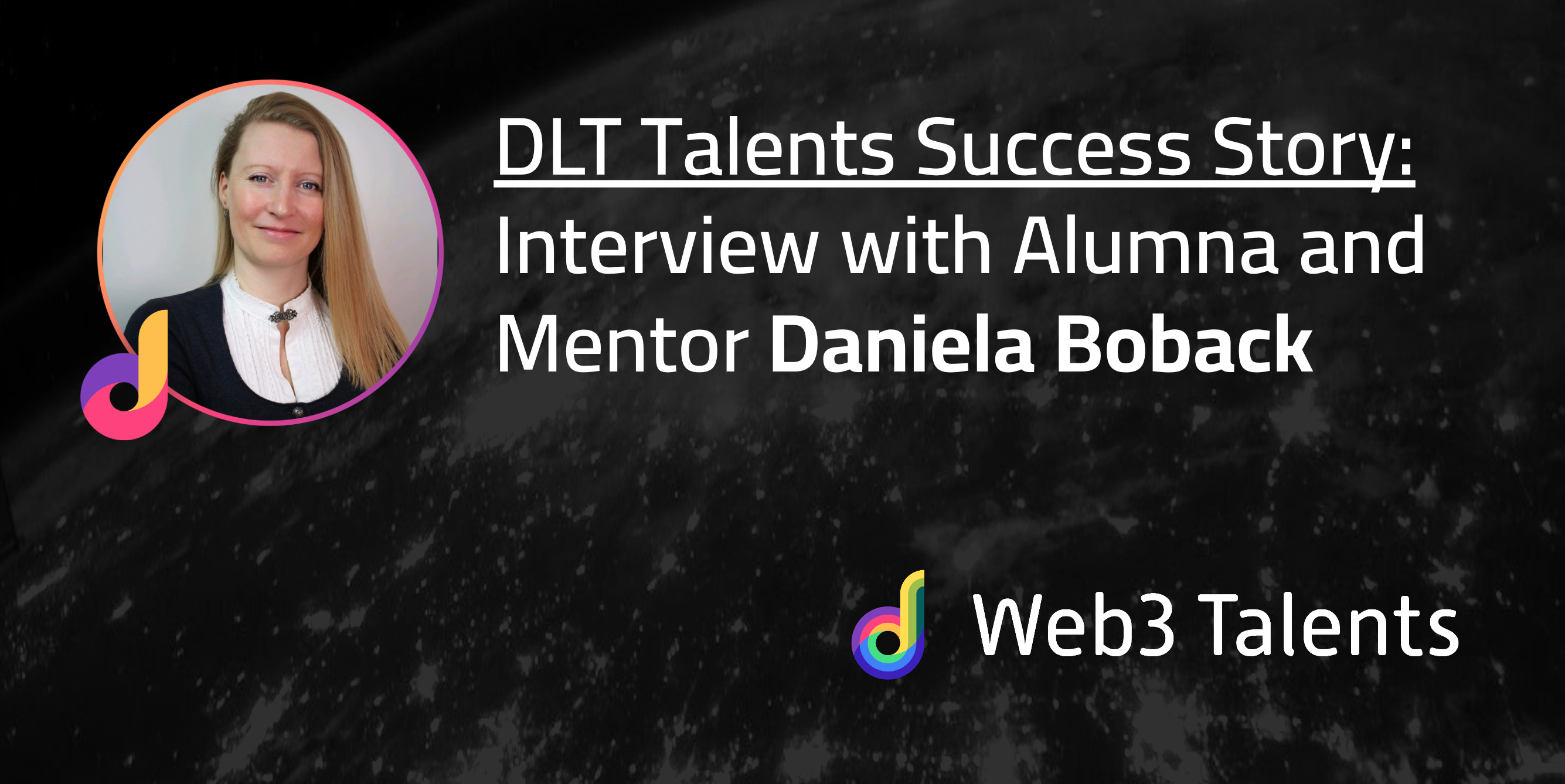 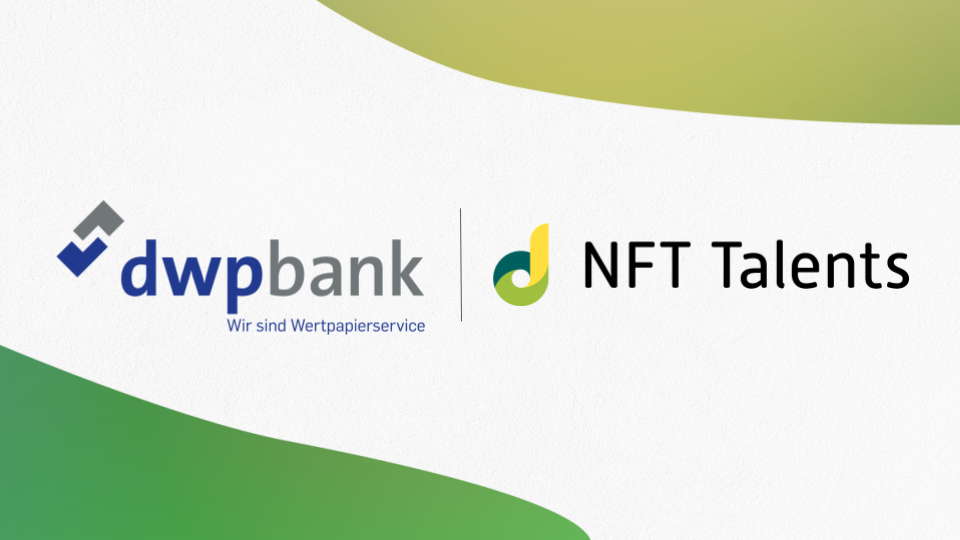 Let us know what you think